14 DAYS OF QUARANTINE (WITH STYLE & COMFORT) 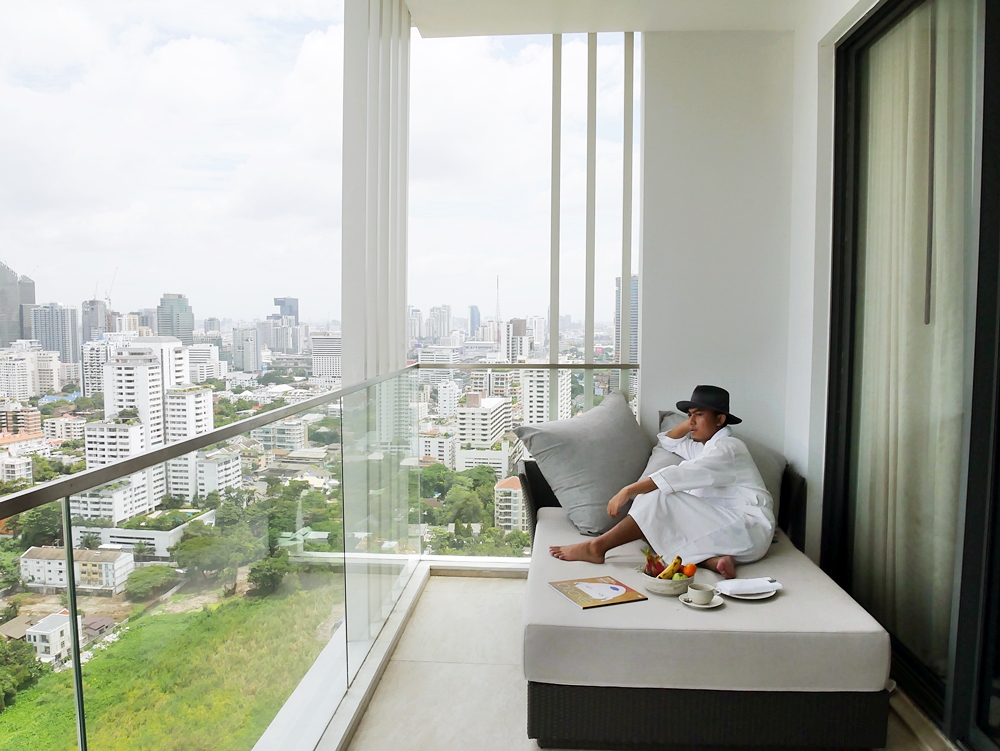 LW'S DESIGN FOR ST. TROP TRANSFORMS BETWEEN DAY AND NIGHT 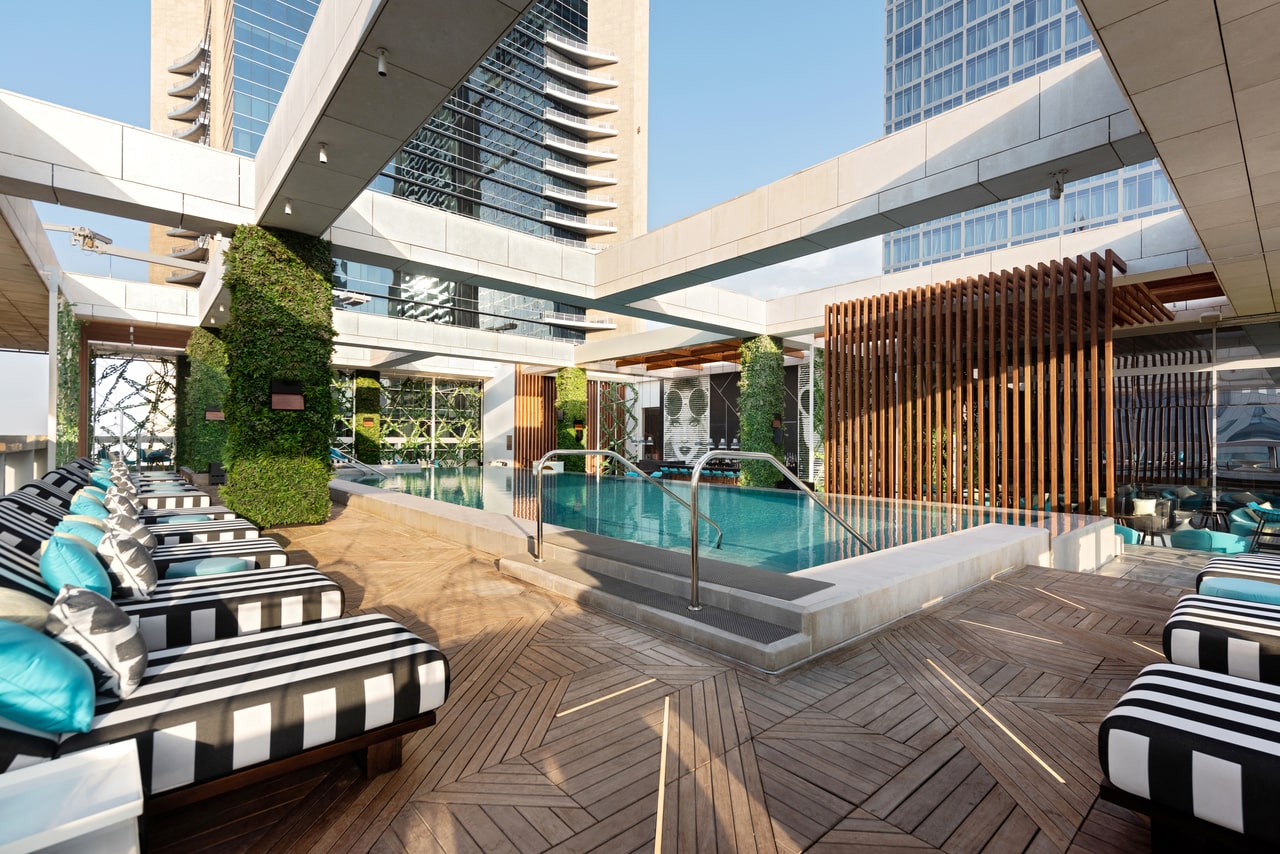 LW Design’s latest endeavor, St. Trop, is an amalgamation of transformative motifs that double as daytime R and R ambiance and a nighttime clubbing scene.

LW'S DESIGN FOR ST. TROP TRANSFORMS BETWEEN DAY AND NIGHT - As guests step onto the teak deck and into the rooftop expanse, they’re blown away by the vibe that the St Trop bar exudes, but even the vibe varies between night and day. St. Trop is a unique pool bar on the rooftop of the Waldorf Astoria Dubai International Financial Center.

The inspiration behind the design is the luxury yacht scene of the Cote d’Azur, and the aim was to develop a space that could serve different needs at varying times of the day.

During the day, the pool’s blue hues, along with the sunshine, would highlight feature birdcage hanging chairs on the upper deck. Similarly, bright lime and turquoise cushions calm the senses under a bright blue sky and lofty clouds. These features make for a soothing and refreshing space that alleviates stress and strikes negativity. 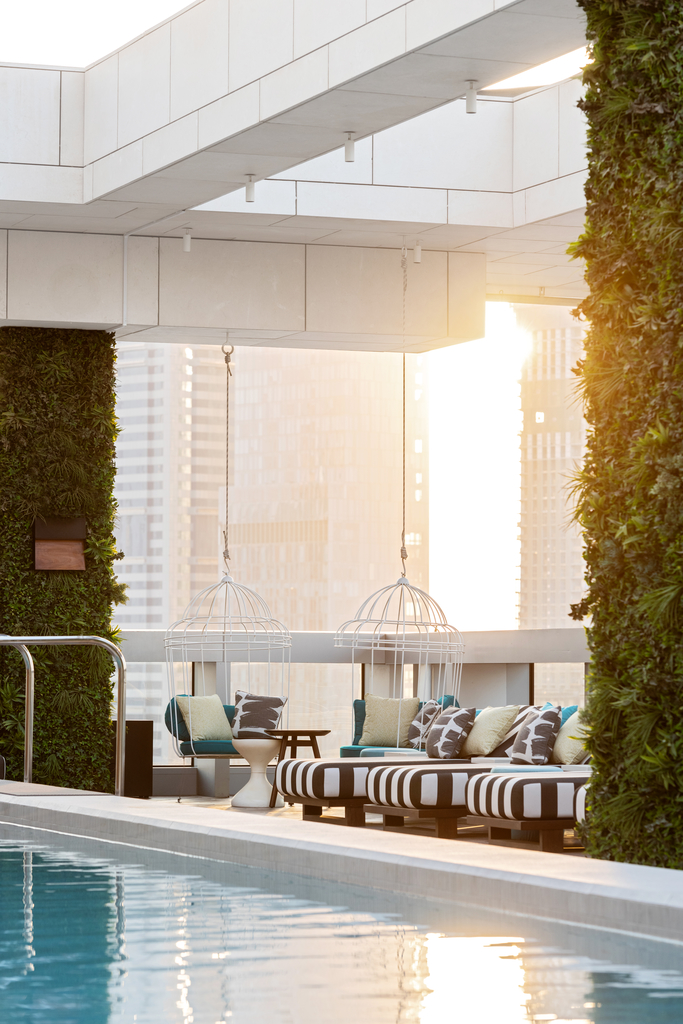 At night, charcoal tones in the modular seating for the lower lounge complement the night sky. The monochromatic- colored lounge chairs adapt to the club-like environment that takes over the pool bar at night. Meanwhile, bright lights under the stars make for an enigmatic aura. Behind the bar, the dark finish of the basalt stone with ribbed detailing seizes the audience’s attention.

But of course, some elements, such as the teak deck, stand out no matter what time of day. Similarly, the St. Tropez-inspired murals on the walls show off captivating greenery that stands out during the day, and subtly adds an edge to the area at night.

The rooftop-based pool deck has a laid-back and contemporary feel, thanks to the LW Design team’s seamless execution. When the sun is out, guests can bask in the sunshine, soak up some warmth beside the pool, and relax while sipping on some iced tea. After sunset, the mesmerizing lights, coupled with fast- paced music creates a new world where guests can enjoy drinks in front of the bar and on the deck until the early hours of the day. 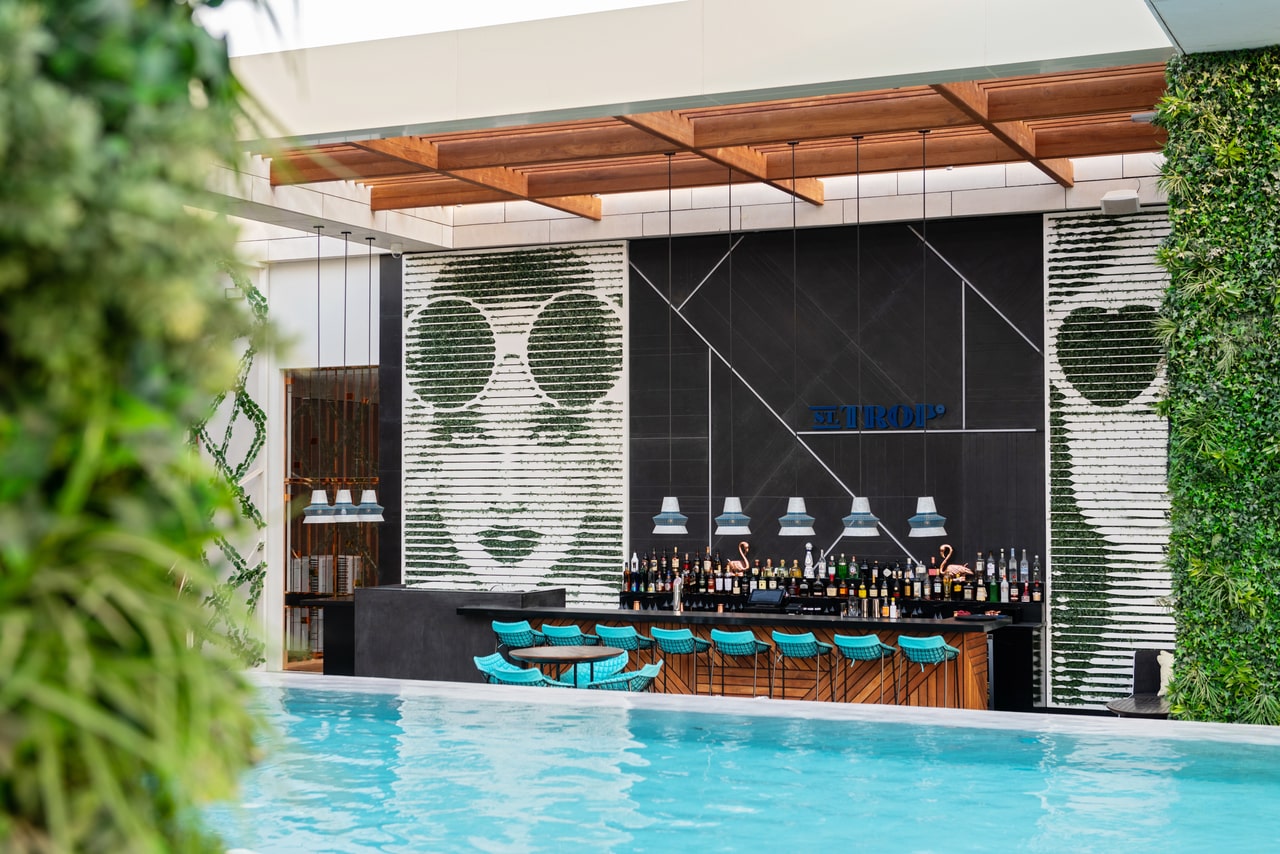