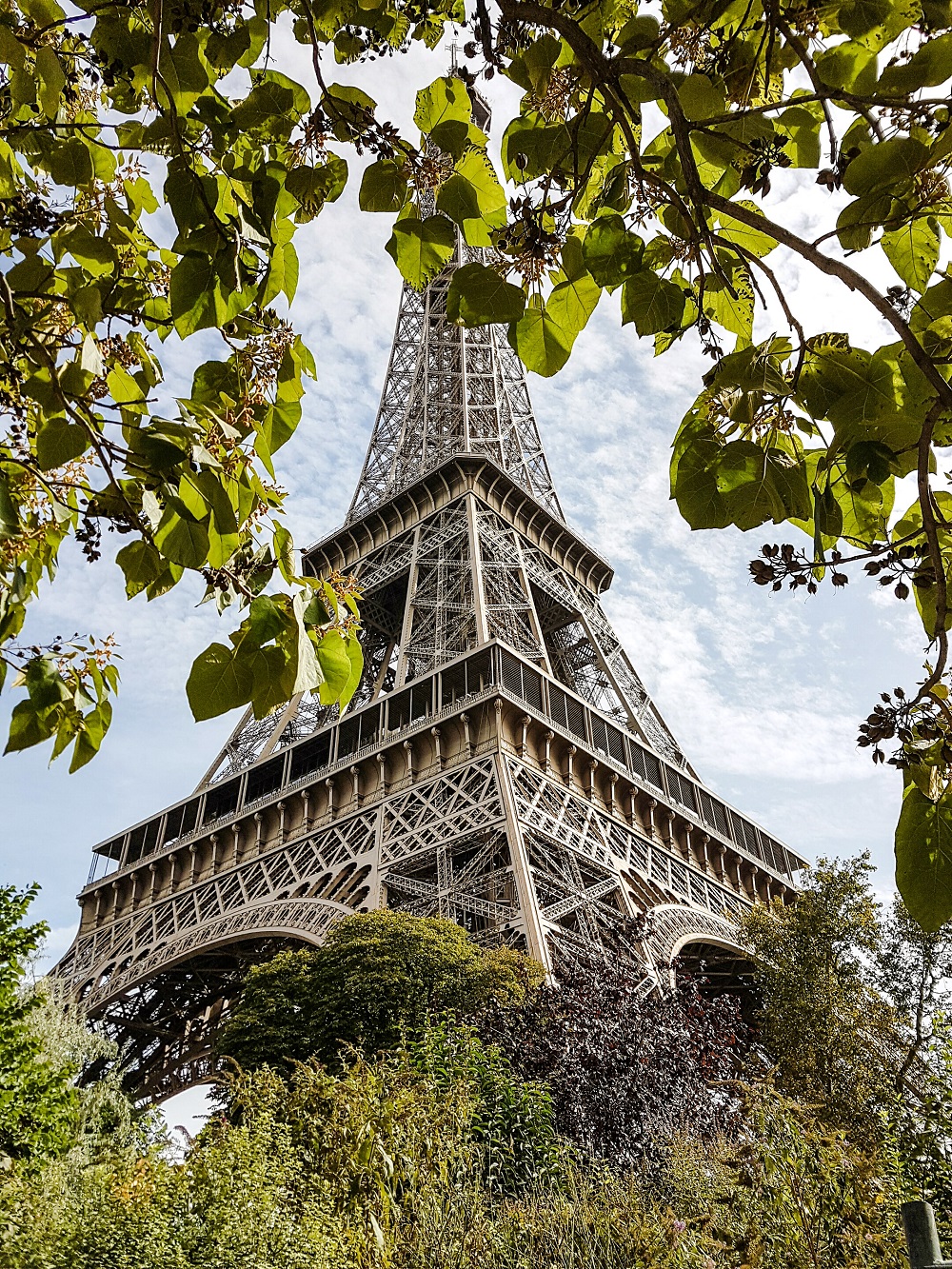 EXPLORE PARIS LIKE A TOURIST - After explored Czech Republic with Home Credit Indonesia I thought, I had to decide to extend the trip to visit Paris, then Madrid then Barcelona for the sake of adventure lol, I had already booked the hotels but it never happened, I changed my mind and I just want to spend my extra 5 days in Paris, moreover at that time coincided with the convening of Paris Fashion Week, some people that I know will be there, so I was thinking why not to stay in Paris for the rest of my extended days.

When I thought I will do a solo travel in Paris, in fact, two girls from previous Prague Trip was also heading to Paris (well to do an every girl business, yes shopping trip), and instantly my plan was changed. Maybe God still not allowed me to do a risky solo traveling in far away country, and I thanked God because of it because Paris is more complicated than Tokyo in my opinion (I can survive and feel safe in Tokyo Metro, even walking on street at night, but Paris for the first time? I wasn't sure, but I know it was because I don't understand about the Paris Metro lol). So I actually thanked the girls, because I can explore Paris in a very memorable way. Do you want to hear the story?

So if you want to visit Paris, this is my 1 Day Paris Itinerary


I stayed in Hotel R de Paris while the girls stayed at the Hyatt Regency Paris Etoile. I woke up freshly and ready to go, and I was thinking to use the metro because it was walking distance to Liege Metro station from the hotel, but suddenly at the lobby, I opened my Uber App, started to order and it worked LOL (such a lazyyyy hahaha)

2. Musee de Louvre
That morning we started our exploration in Paris to the city center and touristy Musee de Louvre, Paris is the great place for you who loves history and museum. My mind was flying to one of Dan Brown's book, The Da Vinci Code. I was speechless, but unfortunately, I didn't have a chance to explore inside the museum, because of so many people there already in the queue (like so many), ya maybe next time. If you have a spare time, like the other well-known monuments, the complex of Musee de Louvre probably prettier when nightfall arrives. 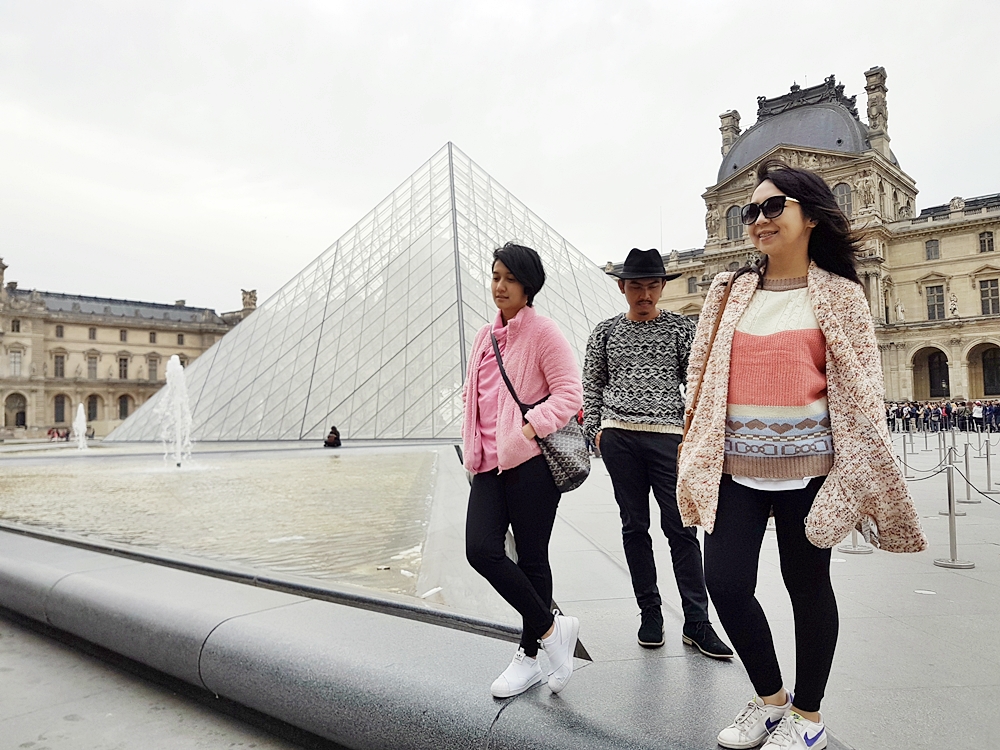 Near Palais Royal Musee de Louvre, there is a famous public park Le Jardin des Tuileries. I know this park because long before I came here, it because I am former Fashion Editor, I have seen the park a lot, moreover this park is the place for street style photographers & fashion bloggers was hunting the street style photo from all fashionista around the world who were attending fashion week. So why not to visit this park and take a street style photo hashtag Outfit of the Day #OOTD lol bye

4. Paris Effiel Tower
Since you are a tourist, this is the place you need to visit and two of most favorite angle to catch the glimpse of this tower are from Jardin du Trocadero or Jardin du Champ de Mars or exploring the city by boat through Seine River. 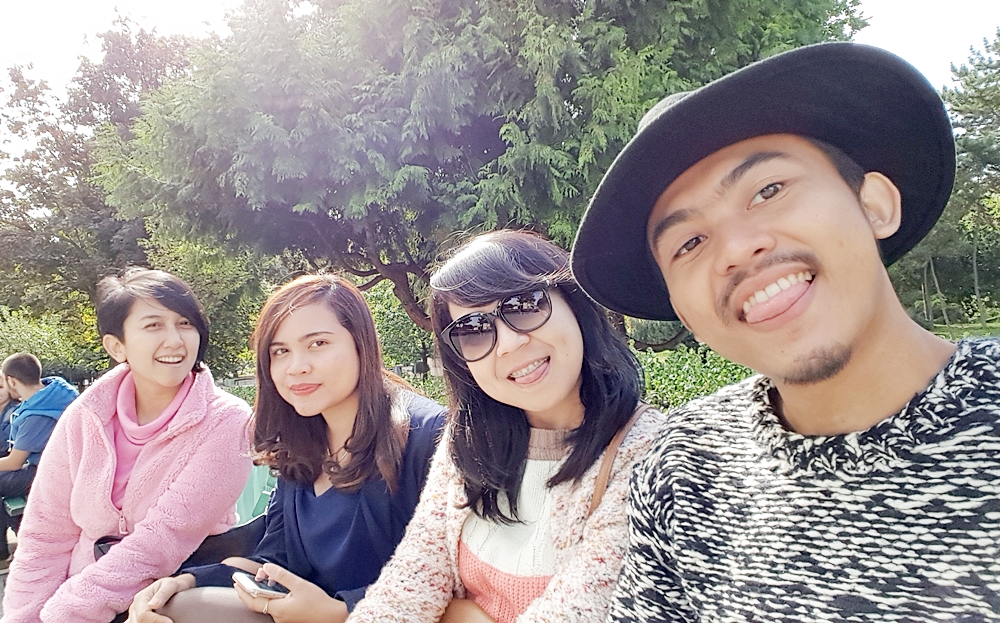 Another touristy spot you need to visit is Cathedrale Notre-Dame de Paris, and since so many people visit the beautiful Cathedral, you can take a breath and have a lunch break at the nearest Paris cafe at Rue Saint-Severin.

6. Lunch at Rue Saint-Severin Paris
Walked into a small alley to look for lunch, we had a great lunch deal at one of the Parisien restos. 10 Euro for free wine, mineral water, and 3-course meal. I got myself a Moules Marinieres, it's a green mussel steamed in white wine sauce, Beef Steak or you can choose a Beef Bourguignon also called beef burgundy is a well-known traditional recipe, and one scoop of Lime Sorbet or anything chocolate for the dessert. But you can find another food stall there such as Turkish Kebab, Sweet Crepes etc 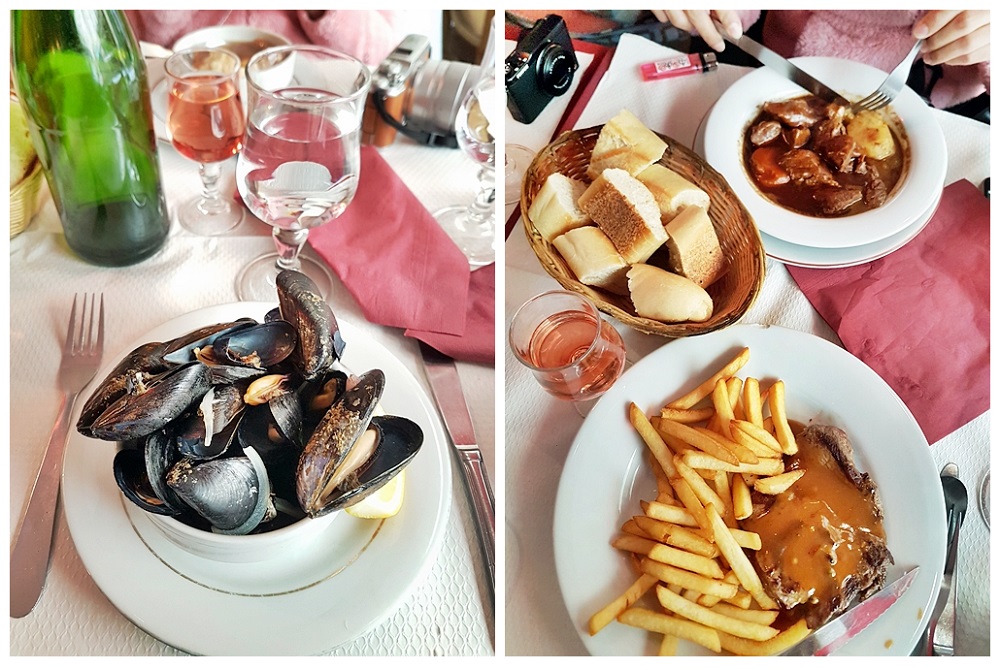 7. Shopping in La Fayette, Goyard & Champs Elysees
Well, I didn't shop but it was a great experience to accompany the girls on their shopping trip. And this pic was a Goyard situation where most people in the queue line were...... Asian :') 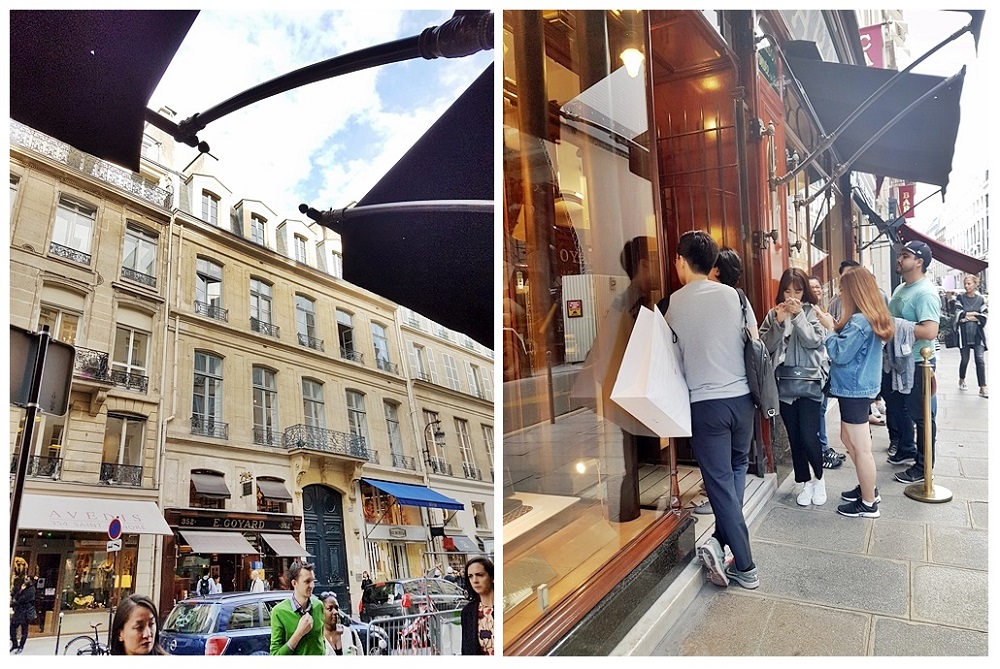 8. Buy Chinese Dinner near Champ Elysees
This was a tourist hack that only local or at least people who know Paris well. Cheap food that you can find near the Champ Elysees. I only paid 4 Euro for a nice home made dinner and the great thing about it, we took our dinner in the most memorable way. We eat them all while watching the Eiffel Tower radiating at night.

Most of the time, the color of Effiel Tower at night is a gold, but that night they were celebrating Breast Cancer Awareness. It was a cold night, there were a lot of people did the same thing like us, having their night with wine and we were having our homemade Chinese dinner. Je l'ai aime (?)

10. About Paris Metro
Nope, I don't know how to handle Paris Metro, sorry LOL. You need a local guide to explore Paris efficiently or you need to google a lot before and I wanna say thank you to my Paris guide @gratiaatanka for taking us around Paris and had an unforgettable Paris night picnic.The next day, I was trying to explore Paris at more suburb part of Montmartre, There is a well-known restaurant called Le Consulat (I know because Wendy @nomadicfare had told me hahaha), but since I didn't google that much, the only thing I got was spicy chicken wings from halal restaurant in Boulevard Barbes hahaha and but I finally went to Sacre-Coeur Basilica or sacred heart of Jesus Catholic Church to see Paris from above the hill on my last day in Paris.


PS: To explore Paris you can buy Paris Pass in the nearest Metro Station, and if I'm not mistaken the ticket Pass, that you can use per 1 day (not per 24 hours, and per district (?)) and valid for public transport such as MRT & Bus.